My first memories are of living through the minds of imaginary characters in my imaginary worlds, and music was an integral part of this. Every piece of music I listened to had a story running through it in my mind, and most of the games I played as a child linked to these stories, and to the characters I inhabited from them. 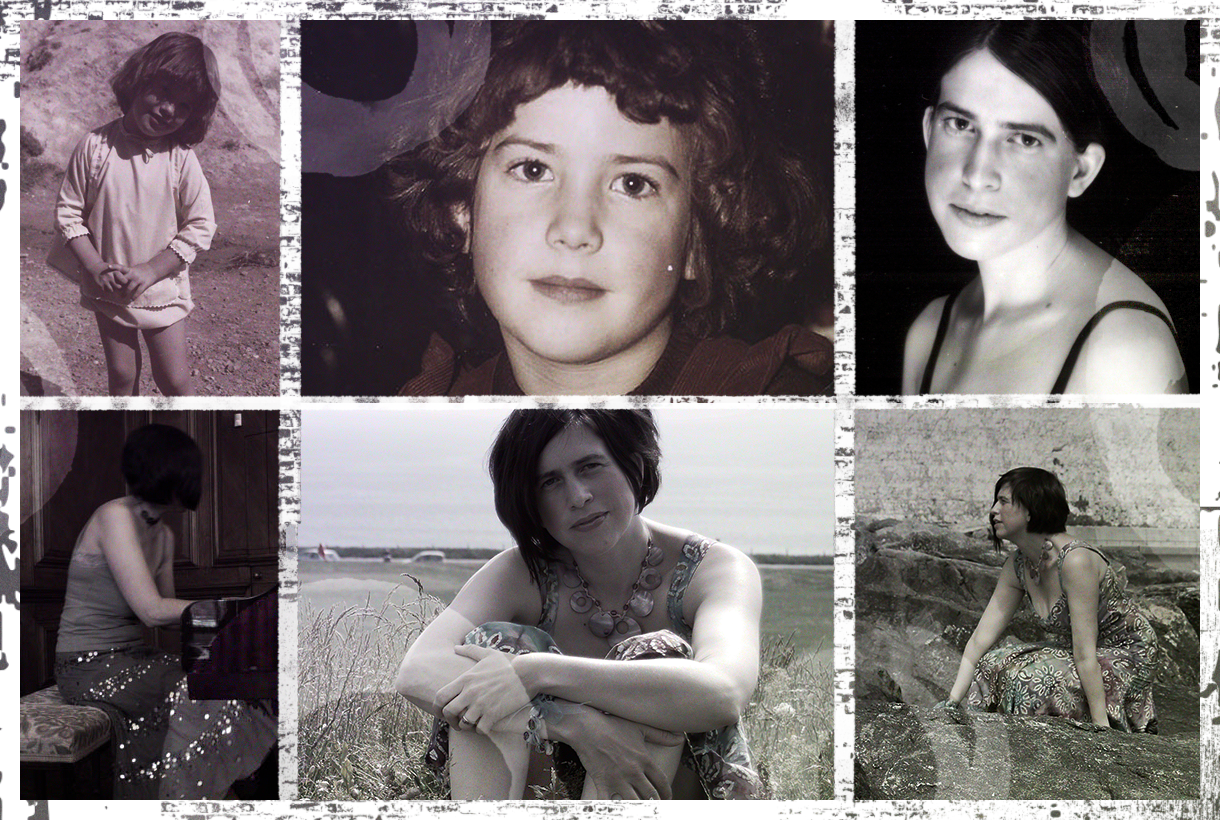 Pepína grew up on a farm by the Sussex coastline in England. Nature and space, together with her music-loving parents’ eclectic record collection, led to a childhood characterized by imagination and freedom. Add to this a passion for stories and writing from a young age, as well as the opportunity to learn classical piano from the age of 5, and it is easy to see how music and story-telling became connected in Pepína’s world from the very beginning. At the ages of 12 and 13 she wrote two extended works for piano and chorus which were performed by herself together with her school choir – these were called The Wave Carol and Memories of the Future: The Nuclear Soul. From this point on Pepína began writing songs and poems, and after learning piano with Yonty Solomon at the Royal College of Music whilst studying for a BA in Music at St. Hilda’s College, Oxford University, followed by completing an MMus in Musical Performance at the Royal Holloway, University of London, she spent four years teaching in the Czech Republic – a life-changing experience which inspired her to concentrate more upon her work as a singer-songwriter, and led to her adopting her stage name -‘Pepína’.

Pepína lived in a small town called Říčany u Prahy near Prague in the mid-nineties – a time when very few people spoke any English, and when Czechs were basking in the newly found freedoms brought by the Velvet Revolution of 1989. It was an incredible time to experience a culture going through such huge changes, and artists of all types were almost delirious with the idea of self-expression unfettered by political oppression and fear. Within this climate of liberalism and experimentation, Pepína taught English using her surreal children’s stories as well as her music, learnt Czech from immersing herself in the language around her, became consumed by the musical world she had become a part of, and established an intense bond performing and working with a group of students who had formed their own band named Sopoty.

Being in ‘Czechland’ was like reliving my childhood all over again. At the beginning I was alone inside my head – with music and stories as my main means of communication. I learnt the language as a child – listening to and watching the new world unfurling before me. Then meeting the people I did, who understood the music inside me – this was all like a dream in which gradually music and words became one…..

Moving on to complete a PhD at Kingston University looking at the influence of culture and language on rhythmic style in Czech musical performance, Pepína became a music lecturer back in the UK, working at Roehampton University until 2010, during which time she co-wrote and taught the course Writing Songs and Lyrics.

Having taken a career break to support the needs of her family, Pepína has now returned to songwriting full-time, and is focusing particularly on the licensing of her songs for film and TV.

In September 2009, Pepína was awarded one of the prestigious finalist positions in the UK Songwriting Contest for her song ‘The Stranger’, as well as seven semi-finalist positions and two commended entries for other songs.